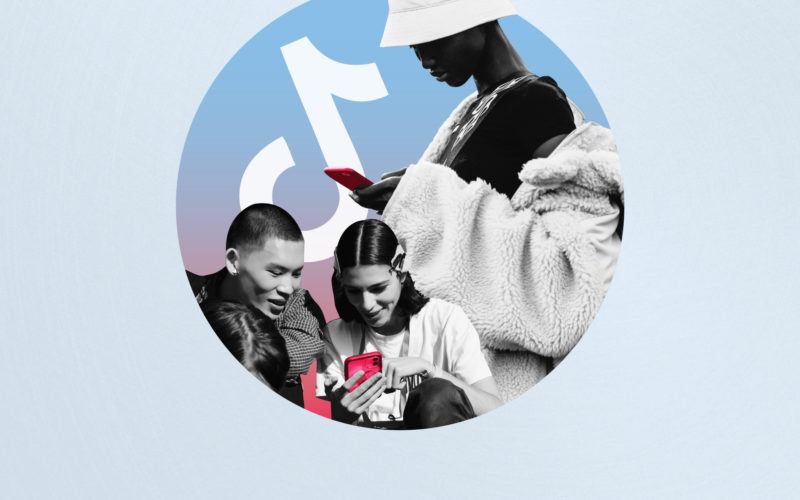 What does TikTok’s frenetic speed and norm-breaking algorithm mean for the beauty industry?

On any given night, you’ll find blearyeyed, pyjama-clad people tucking into bed — while fervently thumbing through their TikTok feeds. It’s where you can learn anything from a trending dance to how to make feta-cheese pasta. More notably, the viral-video app is also making its mark on our bank statements. The hashtag #TikTokMadeMeBuyIt has over five billion views globally and an endless scroll of videos showing off every possible purchase, from makeup primers to levitating lamps. It’s no wonder that beauty brands both big and small are tapping into the selling power of TikTok.

When Maybelline New York launched its Sky High Mascara stateside in November 2020, it partnered with TikTokers, asking them to share their test drives. The tube sold out at American cosmetics retailer Ulta four times. When it launched in Canada two months later, it was sold out online at Shoppers Drug Mart and Walmart within 72 hours.

Before that, Elf Cosmetics was one of the first beauty brands to drum up buzz on TikTok. The drugstore makeup brand made an original song called “Eyes. Lips. Face. (e.l.f.)” and released it on the app along with a contest for users to make videos to the track. Soon, there were over one million posts using the sound, including non-sponsored submissions from Lizzo and Reese Witherspoon.

But not all hype is orchestrated by the brands themselves. For example, self-tanning line Isle of Paradise and afford able-skincare brand CeraVe found themselves out of stock after TikTokers like Honolulu-based influencer Hyram Yarbro (called “the Gen Z skincare whisperer”) posted about a favourite product. “What we’re seeing is sort of like word of mouth 2.0,” said Jacinthe Lavergne, general manager for CeraVe Canada, during a press presentation. “TikTok has given us access to a new, younger generation of CeraVe lovers. And while we are very fortunate that our products are so beloved by the community, it’s no secret that this spike in brand recognition has led to sales that have far exceeded our expectations.”

That’s because of TikTok’s interestbased algorithm. Unlike other platforms, where users primarily scroll through posts from people they follow, TikTok’s For You page is curated from all creators. Each user’s feed is tailored to what the app thinks they’ll like, based on other videos they’ve engaged with, accounts they’ve followed, hashtags they’ve explored and more.

The fact that a shopping frenzy might just as well be sparked by an everyday customer as by a mega influencer is where TikTok shines. Likewise, a brand can skyrocket without the million-dollar ad budget or celebrity face. “All you need is your smartphone,” says New York City-based veteran beauty editor, brand consultant and content creator Kristina Rodulfo. “You don’t need a whole video production team, which is the edge that traditional big beauty brands would have over smaller indie brands.” Azad agrees: “TikTok is definitely democratizing the beauty space. Anybody can publish content without any prior experience and go viral.”

Below are just a few of the products to go viral on the app.

(Tik) talk of the town

This is an excerpt from an article that first appeared in FASHION’s November 2021 issue.