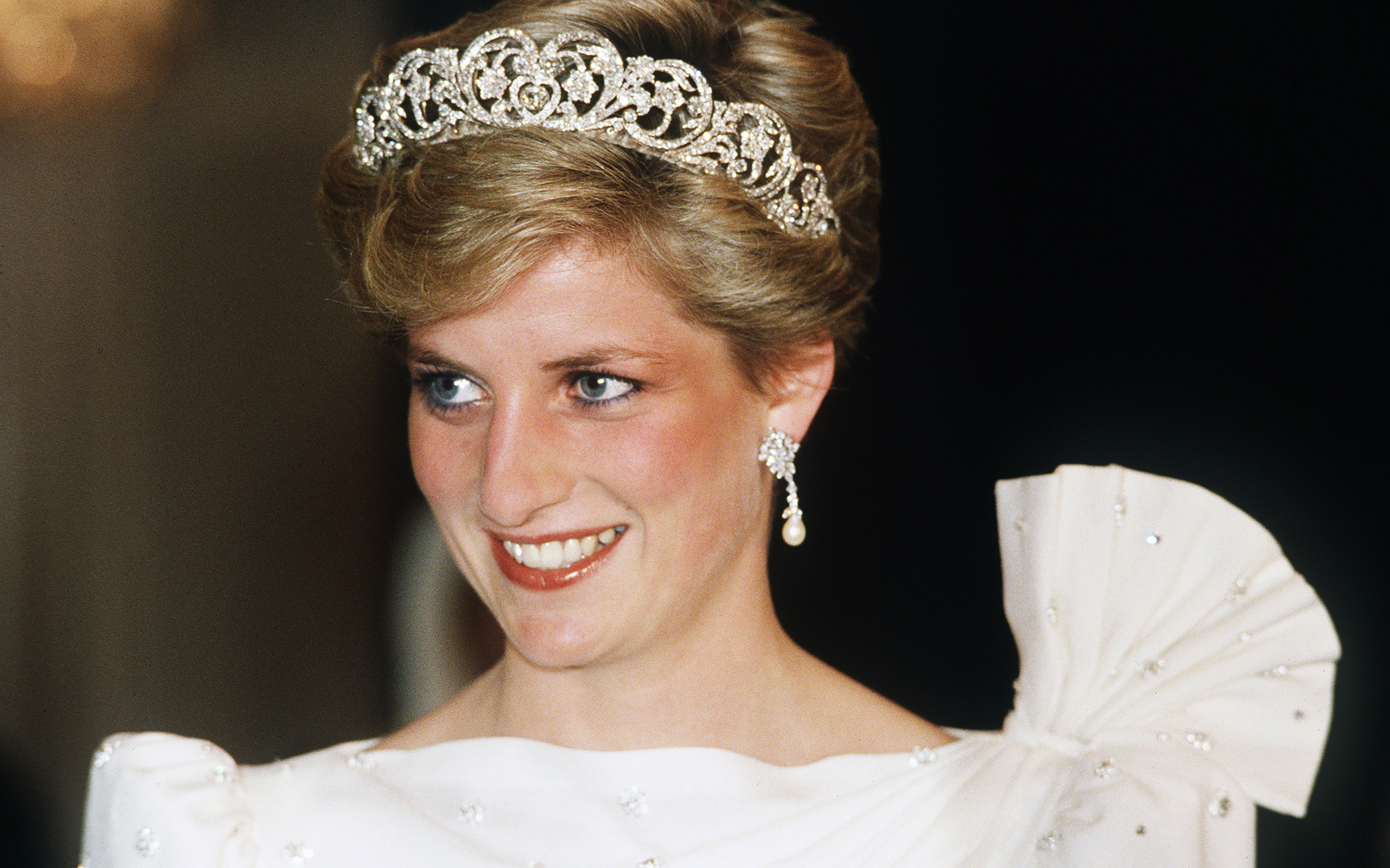 Inspired by the new exhibition at Toronto’s Casa Loma, Patricia Treble explores how the British icon paved a stylish path for Kate and Meghan to follow.

Princess Diana is arguably more popular than ever. Spencer, the biopic starring Kristen Stewart, was one of the buzziest films of the year. Emma Corrin skyrocketed to fame after portraying the young royal in the most recent season of The Crown. And an on-set photo of Elizabeth Debicki (the actress replacing Corrin for the show’s final season) wearing a replica of the iconic “revenge dress” went viral almost instantly. So what’s the reason behind this eternal fascination with the life and fashion of Princess Diana? “She had everything people dream of in a princess,”says royal photographer Samir Hussein.“She was beautiful, she had style, she developed her own voice and influence, but still had frailties. And I think that bucked the trend of how a royal should behave.”

Now, a quarter century after her death, a castle in Toronto is full of iconic photographs showcasing how Diana reshaped the ideal of a princess. The exhibit, “Princess Diana: Accredited Access,” which is at Casa Loma until June 12, is an immersive visual tour of Diana throughout her life as a royal, captured by Samir’s father, Anwar Hussein. “[He] created a candid style that subconsciously allows the viewer to feel like we are there,” says exhibit creative director Chris Skelliter. “That style of photography transcends time.”

Truly a family affair both in-front and behind the camera, his sons, Samir and Zak, are royal photographers and their images of Kate, Duchess of Cambridge, and Meghan, Duchess of Sussex, are side-by-side with those of their late mother-in-law, taken by Anwar. It’s the juxtaposition of more than 100 images of the three royal women, organized in thematic arcs that echo Diana’s path through royal life and show how Meghan and Kate are following in her steps. One such image is Samir Hussein’s dramatic photo of Meghan and Prince Harry smiling at each other under an umbrella at one of their last royal engagements in 2020. The “one in a million” image helped garner him the Royal Photographer of the Year award last year.

“One of the biggest ways she influenced [the younger Royals] is to be yourself and have your own style,” says Samir. “It showed them that they can portray who they are through their fashion.” One example is the image of Diana wearing a low-cut black gown to her first public engagement with Prince Charles in 1981. At the time, royals only wore black when in mourning. “She bucked the trend,” Samir explains, making it possible for both Meghan and Kate to wear fashionable black dresses without generating screaming negative headlines.

Both duchesses have followed Diana’s thinking by creating their own distinct styles: Kate regularly wears trousers and even jeans on royal engagements — something once verboten — while Meghan often choses edgier separates, including asymmetrical tops and skirts. And, like Diana, their casual wardrobes are dominated by jeans, flat shoes and baseball caps.

But perhaps one of the best lessons the younger royal women have learned is that fashion can be used both thoughtfully and strategically. “Princess Diana: Accredited Access” briefly mentions Diana’s “cleavage bags,” which were clutches she expertly held to obscure any low necklines as she went in and out of vehicles. Then, of course, the most famous example of tactical fashion was when Princess Diana wore a breathtaking, black dress, later titled “the revenge dress,” on the night that Prince Charles admitted to having an affair on TV. Many have drawn similar parallels to Meghan’s bold colour and silhouette choices (remember all the strong red, blues and greens?), once her and Harry decided to leave royal life.

And let’s not forget, there’s a reason why Diana is referred to as “the People’s Princess.” As the exhibition reveals, a lot of Diana’s looks were also fuelled by kindness.  She often went hatless and chose outfits with soft fabrics when she was around children, and didn’t wear gloves so she could connect with people through touch. We’ve seen a similar approach countless times when Kate and Meghan attended various children’s events, and with even their own kids.

There are times when the odes to Diana are more deliberate, such as when Kate wore a blue polka dot dress upon leaving the hospital after the birth of George in 2013, which echoed the polka dot dress worn by Diana when she did the same with William in 1982. “ I think people appreciate those nods back to Princess Diana and it shows that they are very conscious of her influence,” says Samir. “They can both see the effect that Diana had on their husbands, Harry and William, and how much she means to them as their mother.”

Epitomizing the phrase “gone but not forgotten,” the memory of Princess Diana and her fashion choices will forever live on in photos, many of which have been taken by the Hussein family. “She was big part of our lives because our father was photographing her so much,” Samir recounts. Anwar Hussein even took his boys along to royal engagements; Samir remembers the informal times when they’d be near Diana and her boys while Charles played polo. “She followed her heart,” believes Skelliter. “She was a very relatable person in a very unrelatable position, and that allowed us to go on the journey with her.”