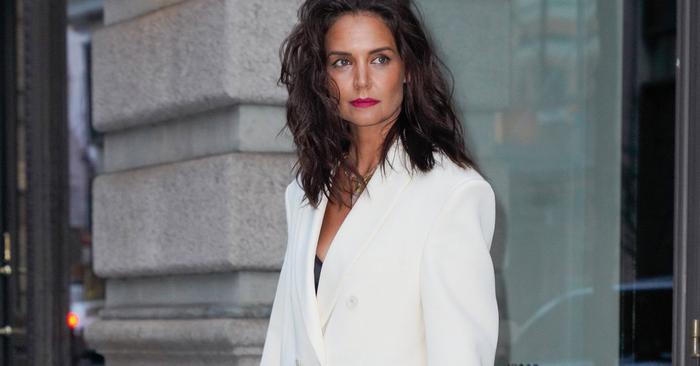 Katie Holmes appears to have a thing for Mango and we can’t blame her. The Spanish store has been improving season upon season over the past few years, producing timeless staples that look far beyond their price-tags as well as more cheerful, trend-hitting pieces that speak to their Mediterranean heritage and really come to life in the summer months.

Only recently was Holmes part of the cult Mango coat club which also included Sienna Miller, Alexa Chung and Gigi Hadid. It was a seemingly simple beige crombie but such was its premium quality and great fit that it persuaded these A-listers out of their usual designer farms. And for anyone else who managed to get hold of this style, well done—you have a classic item that will look good for many winters to come, celeb approval or no celeb approval. Which is why is it interesting to take note of what the actress recently snapped up from the store (no doubt their Fifth Avenue flagship that has just opened).