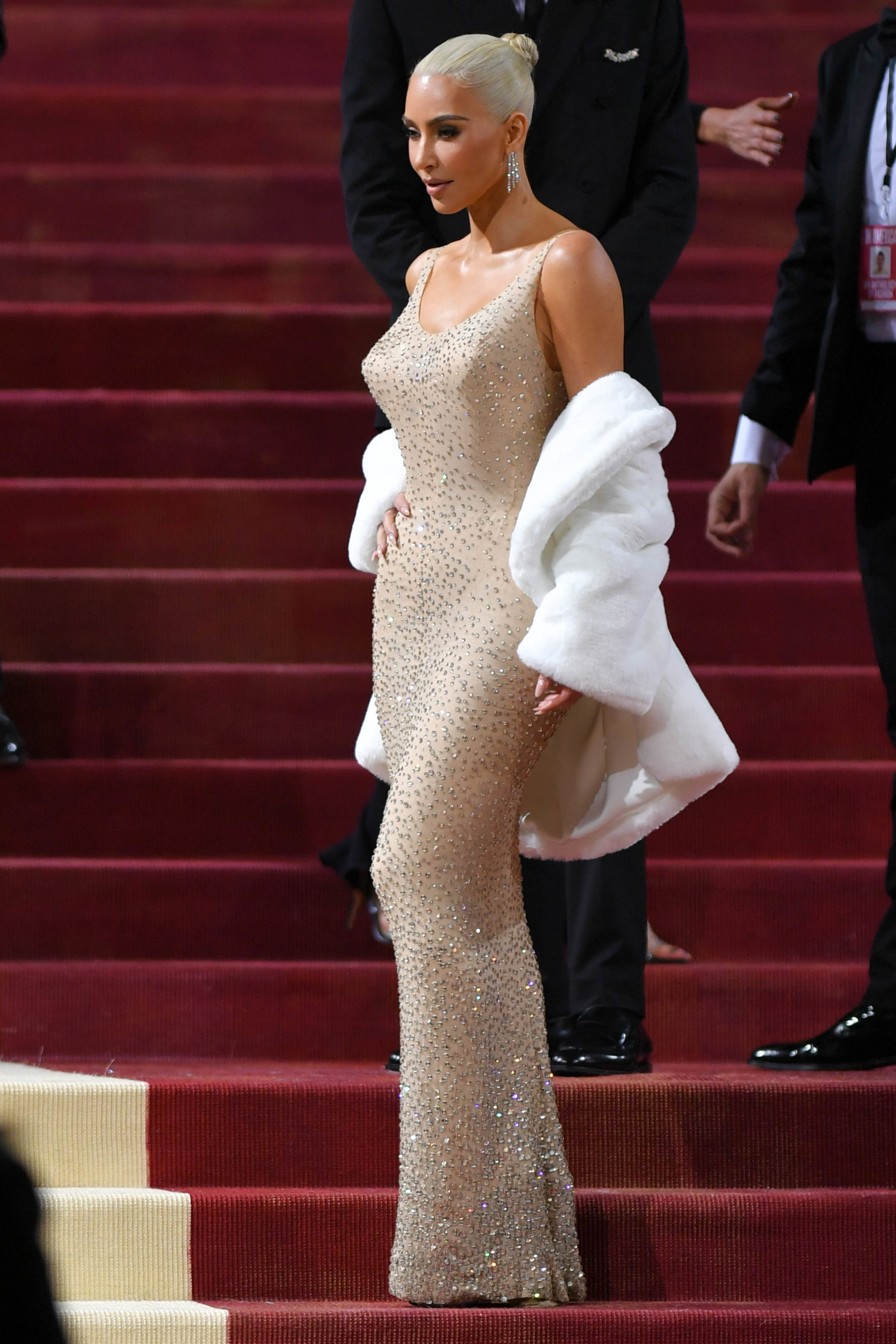 And can we start?

We have all probably heard of Kris Jenner’s business motto by now. “If somebody says no, you’re talking to the wrong person,” the momager told daughter Kourtney Kardashian in an interview for Poosh in 2019. Clearly, the apple doesn’t fall far from the tree.

Kim Kardashian is her own biggest competition. The mogul is always trying to one-up herself, and the Met Gala is one such example. A master of virality, she made headlines for her wet illusion dress by Thierry Mugler in 2019 to her head-to-toe Balenciaga frock in 2021. And for the 2022 Met Gala, she slipped into the dress worn by Marilyn Monroe when she sang a sultry “Happy Birthday” to President John F. Kennedy in 1962.

The stint was probably the pinnacle of Kardashian’s fashion career. But a month later, photos posted by Scott Fortner, a private collector of Marilyn Monroe’s personal property, show that the gown is missing crystals and has been stretched and torn.

Social media furor ensued, with many wondering how such an important piece of history could be handled so poorly. The answer? No one can say no to Kim Kardashian.

After all, for many years, Vogue editor-in-chief Anna Wintour was rumoured to have banned the reality star from the event’s ultra-exclusive guest list. But as her empire grew, she was simply too famous to ignore and has been a fixture on the Met steps since 2013.

Kardashian‘s money and influence mean she’s surrounded by yes people. Ripley’s Believe It or Not! museum in Hollywood (which bought the dress for a reported US$4.8 million in 2016) first denied her request to wear the gown. So, in true Kardashian fashion, she proudly proclaimed on the red carpet to have lost 16 pounds in order to fit into the crystal covered Jean Louis number originally sketched by Bob Mackie (who called the decision a “big mistake” in an interview with EW.)

When Marilyn Monroe walked on-stage at Madison Square Garden in 1962, removed her fur coat and revealed the nude gown underneath, she made a scandalous sartorial statement. It has since gone down as one of the biggest moments in pop culture history. But now, Kim Kardashian has inserted herself into that legacy and left the dress forever physically altered.

The entire debacle begs the question: When is it okay to wear a piece of history?

In this case, the answer is pretty obvious. Marilyn Monroe reportedly wanted to be the only person who wore the dress, and it was made solely for her. In fact, it was so tight-fitting that she had to be sewn into it. By wearing the vintage gown, Kardashian was actively destroying it (the dress was pulled and tugged at as she tried it on).

“In the ‘80s, a bunch of costume professionals came together to state a resolution that historic costumes should not be worn,” Sarah Scaturro, former head of conservation at the Met’s Costume Institute, told the LA Times. “This was in direct violation of multiple museums’ codes of ethics,” explained fashion historian Abby Cox in a YouTube video.

By usurping the legacy of this dress, Kim Kardashian is seemingly positioning herself as the modern-day Marilyn Monroe, while flaunting the exclusive access her influence can get her. Scaturro and Cox say this situation sets a precedent that celebrities can wield their power to wear any historic garment they choose. So, where do we draw the line?

In an era where fashion is heavily inspired by the past, pulling from the archives is often the key to creating statement-making red carpet looks. Stars like Bella Hadid, Zendaya and Anya Taylor-Joy often don vintage ensembles (thanks to legendary stylist Law Roach). But there’s a difference between slipping into an old-school runway dress and rewearing something so delicate and so historic that it’s rightful place is on a mannequin in a museum.

Some pieces should be left associated with specific moments. In recent years, what comes to mind is Rihanna’s viral Guo Pei 55-pound-frock from the 2015 Met Gala or the Schiaparelli bulletproof dress Lady Gaga wore to President Joe Biden’s inauguration in 2021. Such dresses are pieces of history. And after their wearers are gone, they shouldn’t be up for grabs by the person with the most Instagram followers.

Up until the 2022 Met Gala, this dress was filled with Monroe’s essence. Going forward, it will forever be tied to Kim Kardashian. And regardless of your opinion on her, this is a problem.

Despite being widely revered as a cultural icon, Marilyn Monroe was never given much agency in her own life. The Kim Kardashian Met Gala fiasco — which included her being “gifted” a lock of Monroe’s hair and ultimately resulted in the dress being damaged — proved to be continued commodification of Marilyn Monroe. Looking back, someone should have said no.