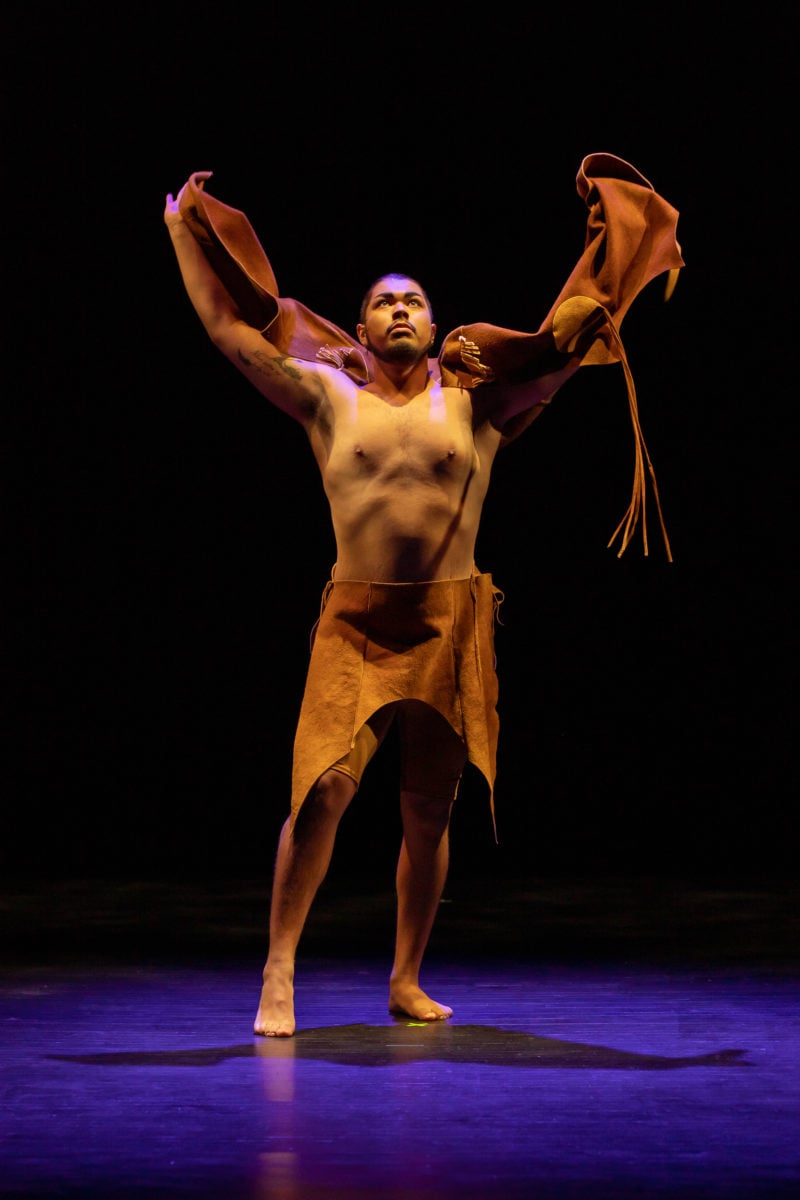 Sage Paul understands the power in fashion. “Designers are using fashion as a form of expression, and even a political message. It’s such an accessible medium,” she says. And this ability to connect community through craft was on full display at the Indigenous Fashion Arts Festival.

As the founder and executive and artistic director of the biennial event (formerly Indigenous Fashion Week Toronto), Paul is reveling in the success of its IRL return after having moved IFAF’s 2020 edition online.

And away from the hustle and bustle of it all, artists, researchers and advocates participated in panel discussions (which you can watch here) on topics like ancestral textile knowledge and how community-focused Indigenous governance models contrast mainstream fashion industry business practices.

Anchored by the beauty of the designs on display, the festival was a richly engaging illustration of the vast knowledge, traditions and techniques possessed by Indigenous creatives.

Read on for more highlights from the 2022 Indigenous Fashion Arts Festival.

The runway was a platform for creativity and commentary

Crafted as four fulsome evenings of fashion fare, the Indigenous Fashion Arts Festival runway shows featured over 25 collections from labels like Lesley Hampton, Emme Studio, Evan Ducharme, Curtis Oland, Maru Creations, D’Arcy Moses, Artic Luxe and Robyn McLeod. Some creatives such as Michel Dumont emphasized the use of reclaimed materials in their pieces, while others like Argentinian collective MAWO honoured the history of Wichi-made textiles.

“Being able to see Indigenous high fashion on this platform is so incredible,” says Korina Emmerich, founder of Emme Studio. The brand’s offering, titled “Misshapen Chaos of Well Seeming Forms,” explored “visual symbols in the media over the last few years.” There were flourishes of red fringe worn with a red mouth covering, which brought to mind the dire issue of Missing and Murdered Indigenous Women and Girls. Another look comprised a striped coat worn under tight binding, evoking the legacy of the Hudson’s Bay Company and its part in the destruction of Indigenous communities and culture.

Dusty LeGrande, owner and creative director of the Edmonton-based streetwear-centric brand Mobilize Waskawewin, notes that he took inspiration from the American Indian Movement, which began in the late 1960s, for his collection.

“I looked at a lot of old photos from the movement,” LeGrande says. “There was a lot of Indigenous customizing of denims and army jackets. So, this collection is kind of like punk rock meets AIM.”

The striking designs seen at IFAF truly came to life thanks to the energy of the models, who included Sarain Fox, Shayla Oulette Stonechild, Scott Wabano, and Cheyenne Rain LeGrande. Unlike other fashion events — where diversity of gender expression, bodies and disability typically feel done just for show — the cool catwalkers at IFAF posed and danced proudly with a sense of authenticity. In return, the crowd shouted, clapped and gave standing ovations every evening.

At the beginning of each runway extravaganza, we were treated to the musical stylings of talents like cellist/composer Cris Derksen and singer/songwriter Niya, who performed wearing the black, decadently-beaded outfit she modelled for Lesley Hampton’s collection the night before (seen in the photo above).

During his discussion with IFAF Chair Jason Ryle, multi-disciplinary artist Kent Monkman talked about his 2017 “marriage” to designer Jean-Paul Gaultier at Montreal’s Musée des Beaux-Arts. The event, a performance art piece titled “Another Feather in Her Bonnet,” was orchestrated to highlight the ways in which the Western fashion world appropriates Indigenous culture. Assuming the role of his alter ego, Miss Chief Eagle Testicle, Monkman donned a headdress from Gaultier’s 2002 Fall/Winter collection as a statement about its inclusion in the Museum’s retrospective of the French designer’s career.

The “ceremony,” which was officiated by an actor and saw model Ève Salvail in the role of Maid of Honour, was as lavish as you could expect from two such powerful creative forces. And the spectacle serves as a reminder that through respect, understanding and fairness, relationships can be built to the benefit of all. But we can’t ignore the fact that 20 years after Gaultier’s headdress hit the runway, we’re still talking about how often cultural appropriation still occurs.

Stylist and creative director Cat Calica emerged as one to watch

In addition to IFAF’s stellar street style (I heard a bartender remark that there was serious “earring game” at the event), Sage Paul’s sartorial turns were standout thanks to the work of her stylist Cat Calica.

Having previously styled inimitable musicians Lido Pimienta and Luna Li, Calica knows what’s involved in crafting an attention-commanding look. Volume, colour and texture were all at play in Paul’s ensembles, which included a floral dress by Warren Steven Scott and a bone skirt by Niio Perkins.