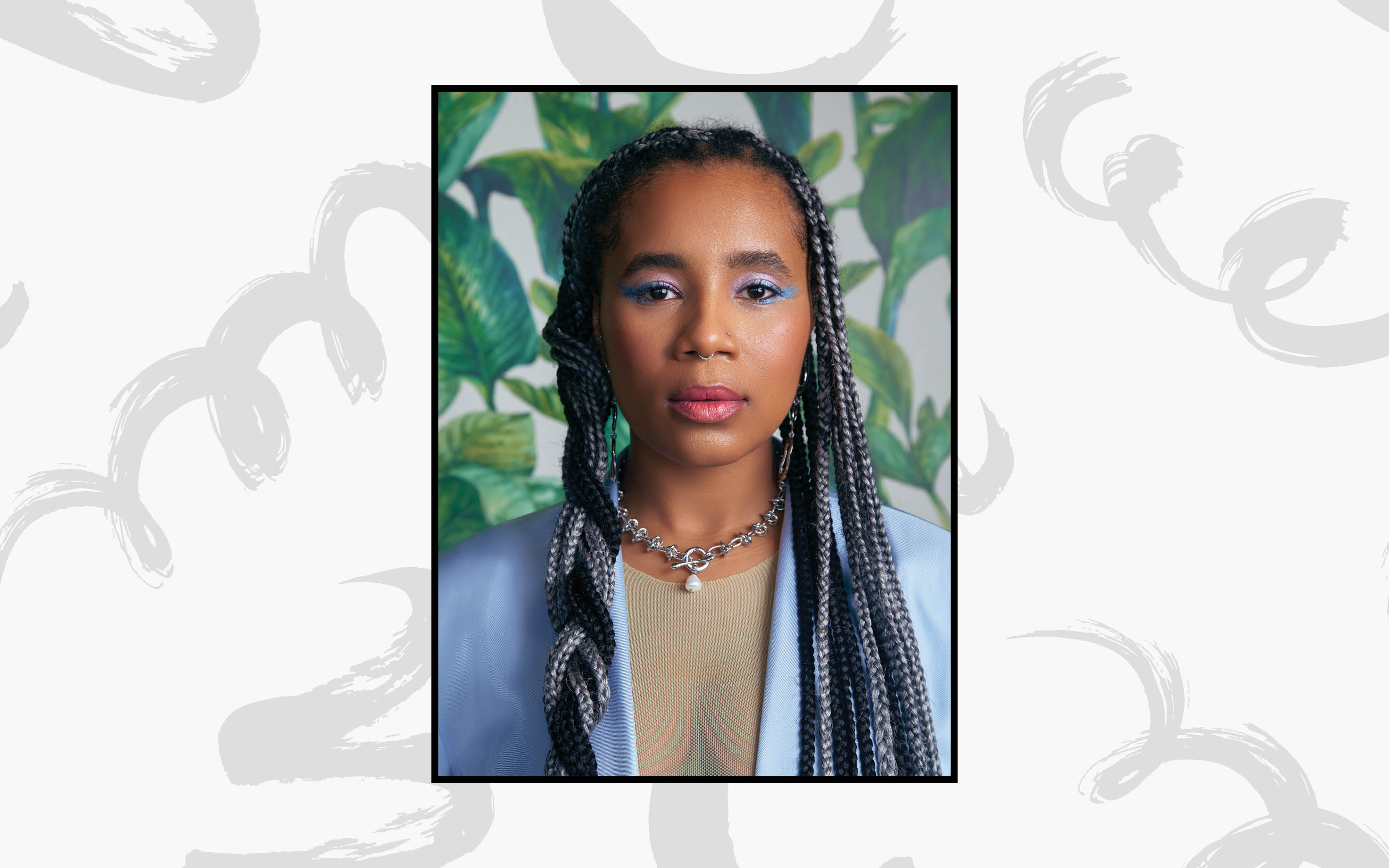 This is Texture Talk, a column that deep dives into the dynamic world of curly hair, from crowns of curls that are free flowing to strands that are tucked away in a protective style.

In a culture that puts a high premium on beauty — and by “beauty,” we mean “youth” (let’s be real) — Tai Salih is a torchbearer for ripping up the rule book. Box braids, which she gets re-braided with extensions every five weeks, have been the Toronto-based yoga instructor’s signature hairstyle for more than five years, and when her natural grey hairs began to sprout, she wasn’t about to give it up.

Instead of beginning the exhausting regimen of reaching for dye, Salih chose to accentuate her silvery strands by weaving grey-coloured braiding hair into her extra-long plaits. “I don’t know why society is so adamant about pushing us toward this Peter Pan syndrome where we have to stay young to be relevant,” she says. “When I looked at myself in the mirror and saw those first few strands of grey, I was just proud that I had lived long enough to see grey hair. I come from a place where not a lot of people live to see that — where it’s a privilege to get wrinkles. Grey is wisdom. I wanted to lean into that.”

When Salih was just five years old, her family fled persecution in Sudan, a country torn apart by civil war. Their odyssey took them through multiple countries until they were able to find asylum in Canada. Salih was 11. “I don’t think there’s been a time since I left when it’s been stable enough — safe enough — to spend a prolonged period of time back home; there’s just always been one thing or another going on,” says the 36-year-old.

Far from her homeland, Salih decided to seize the opportunity to build a new life on her own terms. “When I came to Canada, there was a sense of having found a place where I could start creating something for myself,” she says. “Where I could flourish and grow and start saying no to things—things that were acceptable in previous generations.” Things like child marriage, Salih reveals.

As the eldest of five children, Salih prioritized pursuing an education. “I wanted something more for my siblings,” she explains. “Doing the work — getting myself educated — meant a lot to me because I knew it would trickle down to them and show them another way.”

Salih was also determined to address her poor mental health, caused by post-migration trauma. “I have complex PTSD, and I wanted to find joy,” she says. “I opened myself up to a lot of different avenues — therapy, the gym — to look for healing.” But it wasn’t until she tried yoga that the restorative gates were flung wide open. “At the end of my first class — in that final shavasana pose — the peace and quiet I experienced was unlike anything I’d ever felt before,” she shares. “That moment provided relief from the baggage I had been carrying and the pain I had refused to let myself shed.”

Hooked on yoga’s freeing powers, Salih became inspired to pursue teacher training, a venture that would completely shatter her shell. “It wasn’t until my first yoga training that I actually let go and cried heavy tears; I met some of my suppressed emotions for the first time,” she reveals. “I remember my legs getting weak and collapsing — it was the best cry of my life.”

Salih’s deep passion for yoga inspired her to not only become a studio director at BIPOC-owned Modo Yoga in Scarborough, Ont., and a Lululemon ambassador but also found her own non-profit, Red Ma’at (pronounced “Muh-aht”; the name is rooted in Salih’s Egyptian and Sudanese background) Collective. Using a trauma-informed lens to help guide practices that offer a safe, healing environment, Salih’s organization provides free community classes to marginalized women of colour, with a focus on Black and Indigenous bodies. “When it comes to Black and Indigenous women, we share so much when it comes to being unseen, unheard and forgotten,” she declares.

Through outreach to women’s shelters and community centres across the Greater Toronto Area, Salih invites women 16 years and older to register for her classes at a studio inside Lululemon’s Queen Street West store. The goal is to give women access to a beautiful space where they can truly connect. “While the movement is very profound and powerful, the ‘seeing’ and ‘hearing’ is just as important,” she says. “As a Black woman, I’m tired of having to diminish myself to fit into what society deems worthy. My hairstyle is very loud and obvious. I accept every grey strand, and I’m making it louder. My hair is my crown.”